The explosion of the Space Shuttle Challenger on January 28, 1986, is one of the seminal moments in American history and remains an indelible image in the nation’s collective memory. 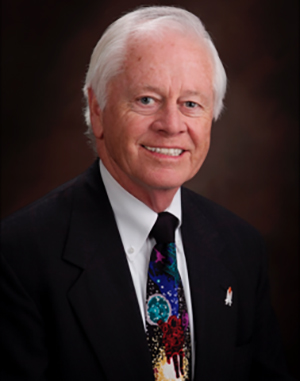 Allan McDonald, who was present at the launch, will visit Mississippi State to present a lecture titled “Safety and Ethics Lessons Learned from the Space Shuttle Challenger and Columbia Accidents.” The talk is part of the Bagley College of Engineering Distinguished Speaker series.

McDonald’s presentation will take place on Wednesday, April 19 at 7 p.m. in the Colvard Union Ballroom with a book signing to follow. The lecture will be based on the material in his book Truth, Lies and O-rings: Inside the Space Shuttle Challenger Disaster.

As the Director of the Space Shuttle Solid Rocket Motor Project for engineering contractor Morton Thiokol, McDonald had warned NASA before the Challenger launch and refused to sign the required recommendation to launch the shuttle. His talk relives the tragedy from where he stood in the Launch Control Center and will focus on the pressures to launch the Challenger and the aftermath of the disaster.

Truth, Lies, and O-Rings is the only look at the Challenger tragedy and its aftermath from someone who was on the inside, recognized the potential disaster, and tried to prevent it. It also addresses the early warnings of very severe debris issues from the first two post-Challenger flights in 1988, which ultimately resulted in the loss of the Space Shuttle Columbia on 1 February 2003.

McDonald holds a B.S. in Chemical Engineering from Montana State and an M.S. in Engineering Administration from the University of Utah. He holds the distinction of being the only person in American history to be restored to his job by an act of Congress.