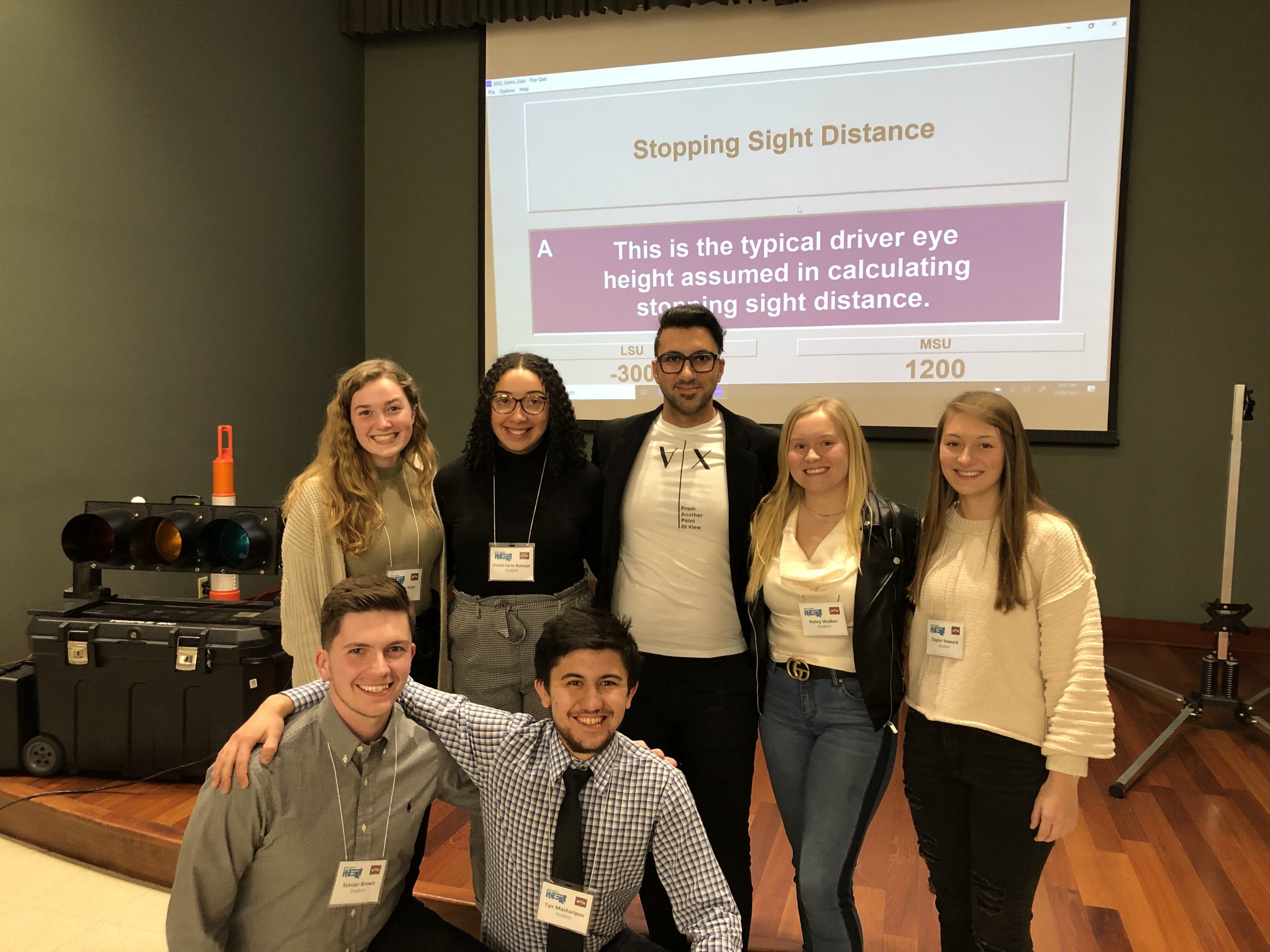 It marked the 12th time in the last 13 years that Mississippi State engineering students have claimed first place at the ITE Traffic Bowl. The team was led by junior civil engineering major Kiara Batson.

“Our Traffic Bowl team consists of four people. There are three active members and then there’s one substitute,” Batson said. “It’s almost like Quiz Bowl except it’s transportation related, set up Jeopardy style.”

Alireza Ermagun, assistant professor of civil and environmental engineering and ITE faculty advisor, believes this traffic bowl team has what it takes to win their next competition.

“We have an amazing group of students who have worked hard and kept a positive attitude, which I think are hallmarks of a winning team,” Ermagun said.