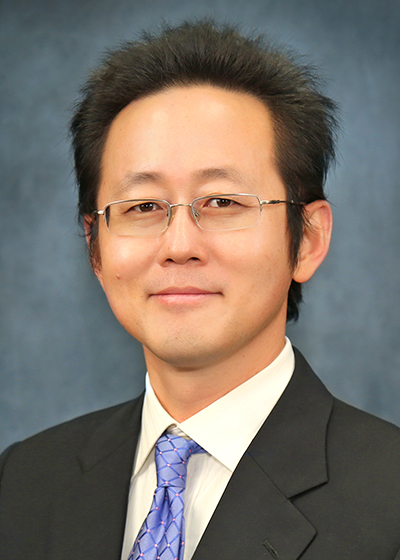 A Mississippi State faculty member and his two graduate students have been working hard to create a new communication method called “A Mechanically Based Antenna” (AMEBA) for wireless communication in radio frequency-denied environments.

The project, funded by a grant from the National Science Foundation, focused on creating a miniaturized and power-efficient ELF transmitter that would enable two-way communications over short- and medium-range (beyond 1 km) wireless links in conductive media.

Seungdeog Choi, an associate professor in the Department of Electrical and Computer Engineering, and graduate students Kazi Nishat Tasnim and Md Khurshedul Islam have collaborated with two other universities, Florida International University and the University of Florida. Choi and his team were responsible for inventing a high-power ultra-high-speed motor drive for obtaining a wide bandwidth and fast data transition rate of the antenna. Whereas the FIU is working on the electronics and controller system for it, and UF is hard at work on the antenna.

Choi explained that propagation of radio frequency electromagnetic waves becomes infeasible in certain situations, which results in RF-denied environments, such as underground and deep-water facilities like mines, shelters, storage areas, tunnels or submarines. Recent events, such as the death of 53 crew members in Indonesia after the sank of a submarine due to lack of communication in 202, have highlighted the importance of wireless communications in such environments.

“Currently, we can communicate from one country to another, but we cannot send or receive any information from underground or underwater facilities,” graduate student Md Khurshedul Islam said.

Choi echoed Islam, saying there’s a massive need for communication in RF-denied environments, and his team wants to build an innovative communication device that can do these things effectively.

Islam said that since there is no two-way communication system between the submarine and the surface, their goal is to build a portable antenna that can be carried underground or into a submarine and send information to the Earth's surface using extremely low frequency generated by a mechanical transmitter consisting of a motor drive, magnet dipole and advanced control system.

Kazi Tasnim explained that to do this, the antenna needed a motor that was not only fast but powerful enough to drive the high-mass density magnet dipole in a fast dynamic to modulate and transfer the digital data effectively.

“There are ultra-high-speed motors out there, but due to their low rated power, they cannot really carry the amounts of data that are needed for this type of communication, nor can they carry them for long distances,” she explained. “We needed a motor that could do both, Which motivated us to design a high-power ultra-high-speed motor for this new antenna system.” 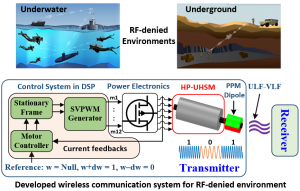 Islam added that their initial antenna with other motors on the market could send a standard text message within 30 minutes up to 100 meters in the conductive media, and depending on the situation, 30 minutes is too long to wait, and 100 meters is not enough for effective operation.

“Our main aim was to increase the antenna range and reduce the communication time; also, we did not limit ourselves to only the text message,” he explained. “We also wanted to reduce that time. Our target was to reduce this time to three minutes and increase the distance to beyond 1 kilometer. To do that, we needed an ultra-high-speed machine with high power, but that kind of machine is not on the market or in academic research anywhere, so that was our main challenge.” 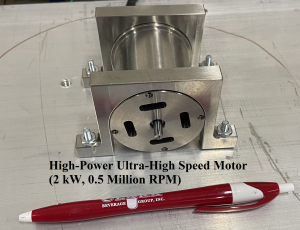 The team of three rose to the challenge and designed a 0.5 million revolution per minute (PRM) motor having a rated power of 2000 W (the highest power-rated motor at this speed range) this past summer. They have also developed an effective control system to drive the motor at ultra-high-speed with AMEBA dynamic. Next up for them is to connect the magnet dipole to the motor, which they will do once it arrives from the University of Florida. Once it is assembled, the three-year project, which is beginning its final year, will start to come to a close.

“We have built a high-power ultra-high-speed motor, a control system, and the other communications parts,” Islam said. “When all of that is assembled and connected, we will finally check how much distance the data can travel and how effectively it can travel. We need to build a demonstration platform and check the outcome, which we hope to do soon.”