Ellie Saget is continuing what might be considered a family tradition at Mississippi State University. 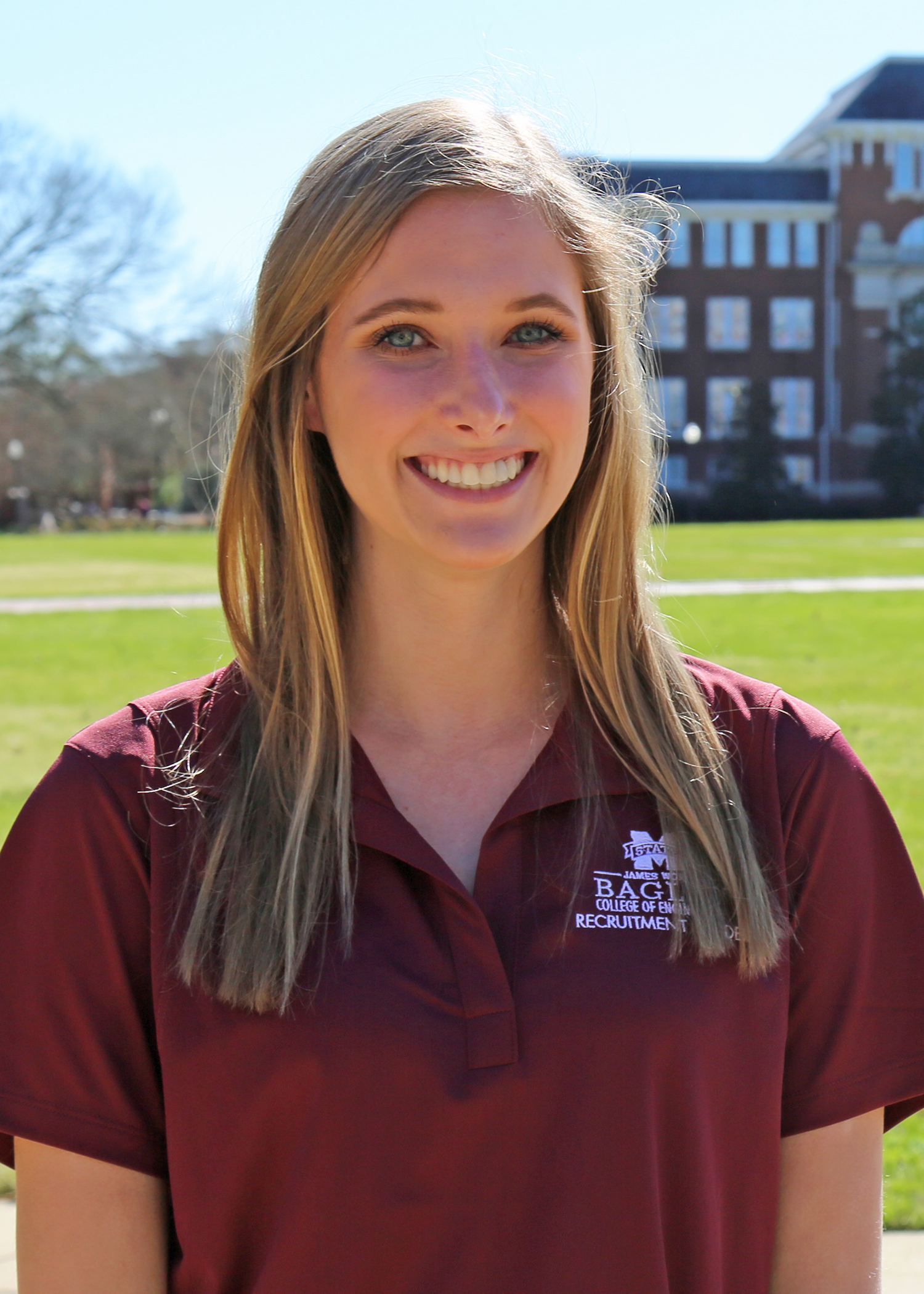 A junior majoring in biomedical engineering, Saget grew up in Hurley, Mississippi, in a family full of MSU engineers. Her father Brad earned a mechanical engineering degree in 1992 while her grandfather graduated in 1968 with a degree in electrical engineering.

But beyond engineering, Saget has another True Maroon connection to Mississippi State as she grew up attending MSU football games with her grandfather, Don Saget, who played football for the Bulldogs during the “Flying M” era of the 1960’s.

“I love attending games with ‘Gramps’ because there’s a new story each time we’re on campus,” Ellie said. “Hearing his stories and memories and learning about the history of Mississippi State as he showed me around campus really helped spark my love for MSU.”

Being raised in a family of engineers, and with a mother who works in the medical field, it’s perhaps not a surprise that Saget chose to major in biomedical engineering.

She also hopes to complete a Global Engineering Leadership minor after participating in Bagley’s Study Abroad program in Europe next summer. 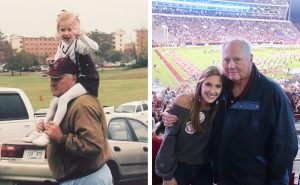 Ellie and her grandfather Don, an electrical engineering alum and former MSU football player, through the years.

In addition to her academic coursework, Saget is actively involved on campus. She’s a member of STEMpact MSU, the Society of Women Engineers, the Biomedical Engineering Association of Mississippi State, National Society of Collegiate Scholars and serves as vice president of Chi Omega Fraternity.

But she also helps recruit the next generation of MSU engineers as a member of the Engineering Recruitment Leaders, where she serves as the social media chair.

“I love the opportunity to meet prospective students as an ERL,” Saget said. “I am able to tell future students that they will find their home at MSU and at the Bagley College of Engineering with confidence. Even if students aren’t certain of what major they want to choose, there are so many avenues here that I am certain they’ll grow to love MSU like I do, if they choose to attend.”