Mississippi State University alumnus Xavier Harris was recently recognized for his educational leadership at the Black Engineer of the Year (BEYA) Conference. 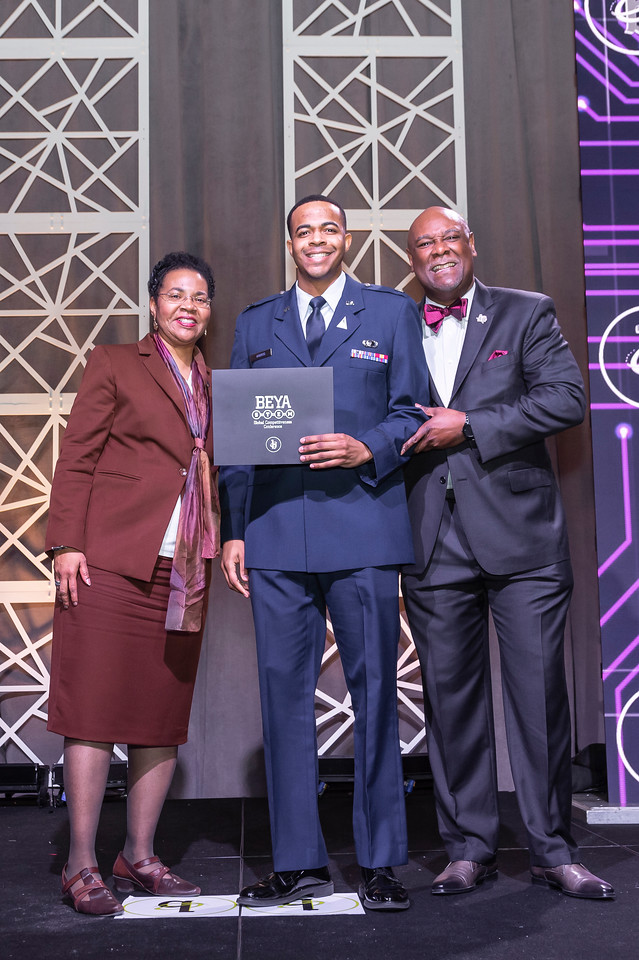 Harris, an Air Force captain and chemistry instructor at the United States Air Force Academy Preparatory School, was named to the conference’s list of 2019 Science Spectrum Trailblazers. He is a 2014 industrial engineering graduate from Mississippi State’s Bagley College of Engineering.

“BEYA was the first conference I attended as a freshman,” Harris said. “It was there where I witnessed the impact other people of color were making in the field of engineering. To return to the conference eight years later to be recognized for my work as a systems engineer working various weapon systems in the Air Force, as well as continuing to mentor students to pursue careers in STEM as a chemistry instructor at the United States Air Force Academy, was a blessing to me.”

Harris was nominated for the recognition by Colonel Timothy Thurston, commander of the USAF Academy Preparatory School, because of his initiative and success with his students. Harris established several mentorship groups which were designed to help students succeed in engineering programs despite possessing modest backgrounds in the STEM fields.

“Xavier has emphatically demonstrated his tremendous value to the Air Force not only as an engineer himself,” Thurston said, “but more importantly in inspiring other minority students to pursue a similar path.”

Harris attended the Summer Bridge Engineering Camp at Mississippi State in 2010 where he made the decision to pursue a degree in industrial engineering and was first introduced to the BEYA Conference.

He added that Mississippi State helped showed him the path he wanted to pursue in order to succeed in his career.

“Mississippi State’s Air Force ROTC program prepared me to be the officer I am today,” Harris said, “but it was the Bagley College of Engineering that made me fall in love with STEM and afforded me the skills and confidence I would need to tackle complex engineering tasks across all platforms in the Air Force.”

For more than 30 years, the Black Engineer of the Year Award Conference has exposed more than 100,000 students to role models in science, technology, engineering, and math (STEM) careers.