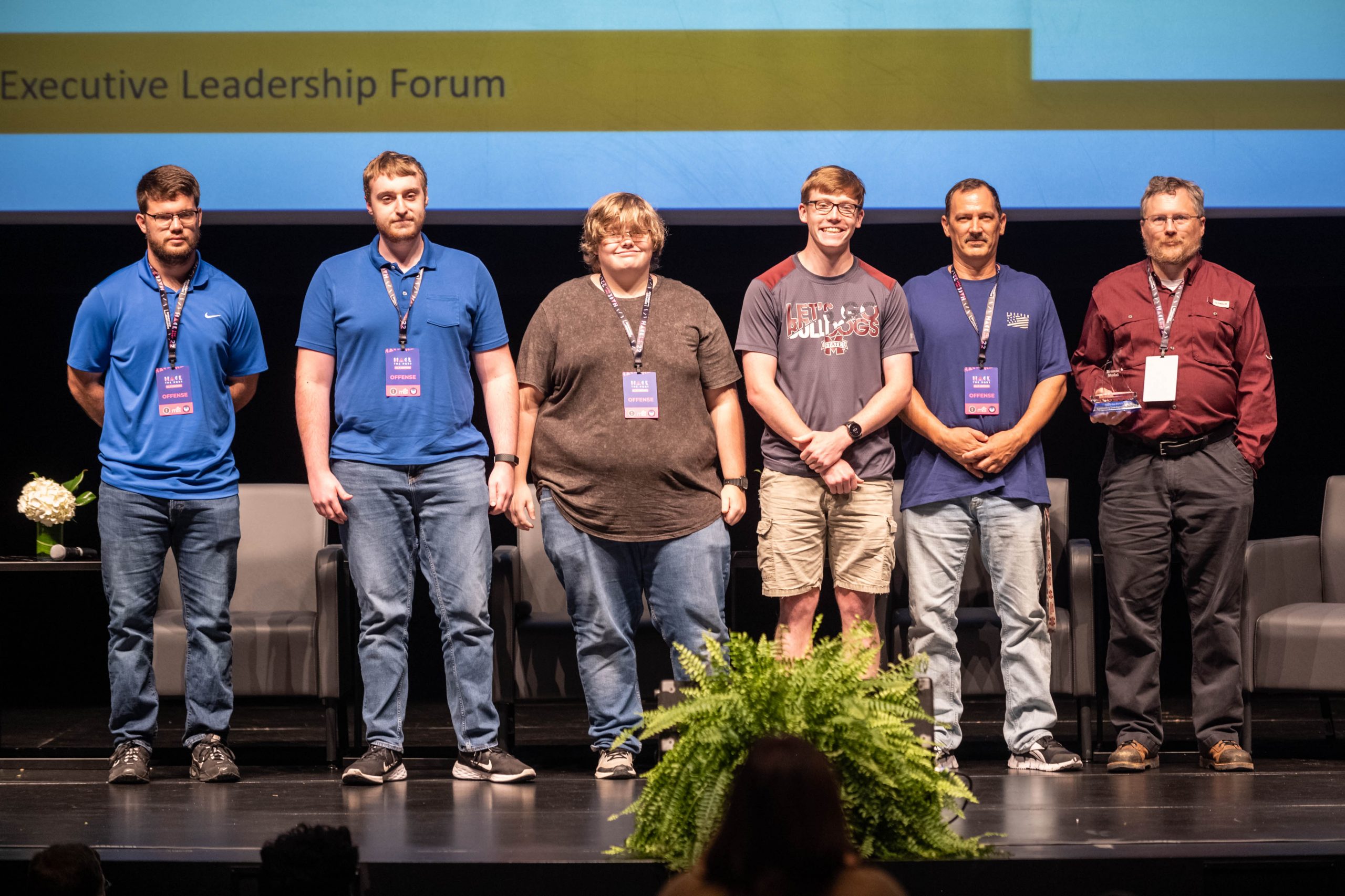 A group of Mississippi State students placed third in the “Hack the Port 22: E.L.F. Edition” competition.

“Hack the Port 22: E.L.F. Edition” was hosted by the National Security Agency in partnership with the Maryland Innovation Security Institute and DreamPort. The competition was designed to increase knowledge, skills and awareness of critical infrastructure cybersecurity and tactics and techniques used to defend and attack maritime and related industrial control, IoT and I.T. systems. The goal was to highlight how the critical infrastructure sectors of the United States intersect at a maritime facility and how attackers may target these sectors to cause harm to the United States through businesses and infrastructure. The event took place this summer during the National Centers of Academic Excellence in Cybersecurity Executive Leadership Forum hosted by Mississippi State University and Mississippi Gulf Coast Community College, along with multiple federal partners.

During the event, teams chose to participate as attackers, known as “red teams,” or defenders, known as “blue teams.” Red teams attack the port’s critical infrastructure, including gates, trains and ships. Blue teams track down and thwart the actions of the attackers. The Mississippi State University team competed as a red team attacker attempting to compromise the various controls within the maritime port facilities. Torri said each student enjoyed the event and walked away with a greater passion for cybersecurity. He also explained the students’ choice to be attackers rather than defenders.

“Choosing to be an attacking team was a great choice for us because it required getting into a different mindset, which can ultimately help our students in their cybersecurity studies,” he said. “Most of our students are used to keeping people out, so it was interesting to watch them change their mindset and think of ways to get in. Competitions like this can teach them how to come at something from two different ways.”

Graduate student and team captain Zach Rayburn said of his time at the competition.

“The [Hack the Port] competition provided an invaluable real-world cybersecurity experience to my fellow classmates. We got to learn about and interact with real SCADA and Industrial Control Systems while competing against other universities,” he said. “I am proud to represent Mississippi State University and bring home the first podium finish in the history of the Cybersecurity club.”

The group of five that participated in the competition was associated with the Cybersecurity MSU club. The Cybersecurity Club at MSU's main goal is to further members’ knowledge in the field of cybersecurity by studying current exploits, competing in capture-the-flag competitions and designing and researching security challenges.